The lyrical dope boy has returned! Pusha T is back and blesses us with his penchant for phenomenal coke rap with “Diet Coke” produced by Kanye West and 88-Keys. A new Pusha album is on the way and this is the start of something that we need to prepare for. 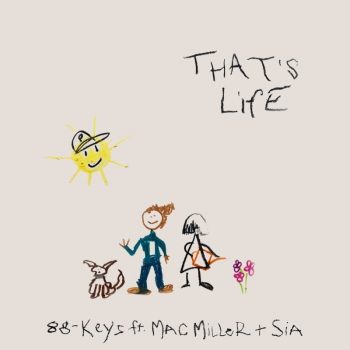 88 Keys has unearthed a song he recorded with Mac Miller back in 2015 titled “That’s Life” featuring Sia.

“The song was inspired by a 90-minute conversation he and I had about… From what I recall, he was going through some relationship issues with his then-long-term girlfriend,” 88 Keys said to DJ Booth about what inspired the song. “I felt bad, but I was surprised he was confiding in me. I started to tell him about my relationship because I was married at the time. I was married for 12 years. I was trying to enlighten him on relationships in general, and more specifically, giving him bits and pieces of my own relationship. Trying to relate it to his situation, just letting him know that he’ll come out on the other side.”

It’s been four years and nobody could have guessed that Mac would no longer be with us, which gives the song more weight.

“I would want (Mac Miller’s fans) to know that the song is completely, 100 percent heartfelt,” he said. “I feel very strongly that it came from the conversation we had. He put everything into his music, but this song, in particular, he really dug deep. He loved the song so much, it spawned the album title. He was just very happy about the song, and that he made the song with me.”