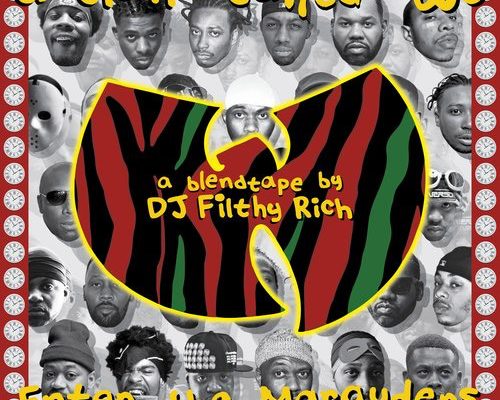 It’s been 25 years since Wu-Tang Clan dropped Enter the 36 Chambers and A Tribe Called Quest released Midnight Marauders on November 9th, 1993. To celebrate these classic releases dropping on the same day, DJ Filthy Rich blends instrumentals and vocals from both albums to form “Enter The Marauders.”

“The intent was not to improve on the originals in any way… that would be impossible, as I consider them both to be perfect bodies of work,” Rich says. “Rather, it was about orchestrating a fun concept, and putting a totally new spin on these well-worn classics. The contrast of Wu’s gritty street raps over Tribe’s jazzy production works in a pleasantly unexpected way.”

Yeah, this will get you through the weekend and then some. 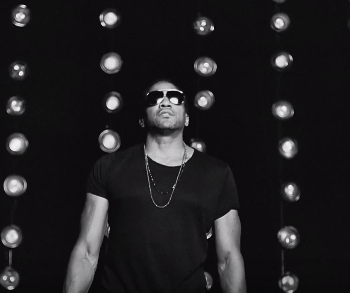 It may have been released almost six months ago, but A Tribe Called Quest’s final album is still getting heavy rotation from most. In honor of that, the collective go back to craft another set of visuals off the album in the form of “Dis Generation.” 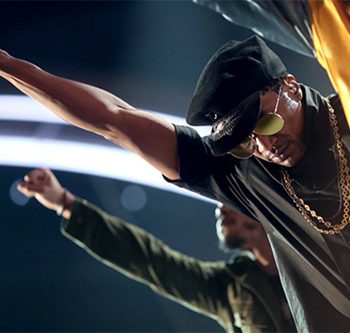 A Tribe Called Quest took to the Grammy stage and made a bold statement with their performance. With Busta Rhymes and Anderson .Paak joining the fray, the legendary group rolled through some classics and dropped a bomb  with a chant of resistance while Bussa Buss had some words for the current POTUS. 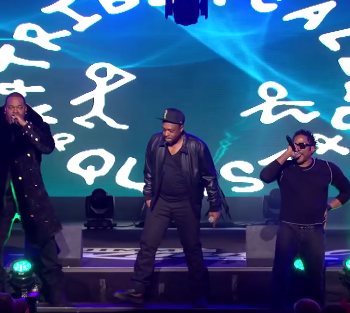 A Tribe Called Quest continue to ride the wave of success from their final album We Got It From Here… Thank You 4 Your Service and hit Jimmy Kimmel Live to perform “Dis Generation” with Busta Rhymes. 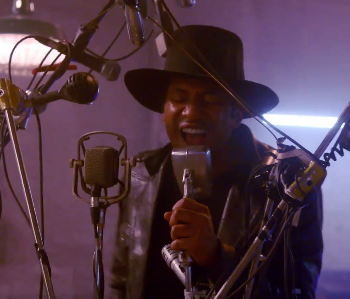 A TRIBE CALLED QUEST – WE THE PEOPLE [VIDEO]

Q-Tip takes over the airwaves to deliver a message to inspire the masses in the music video for “We The People.” 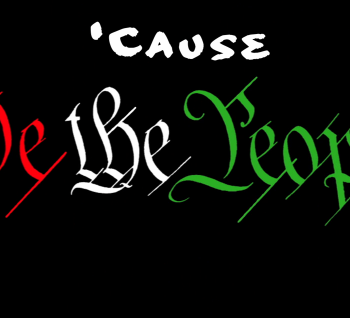 A TRIBE CALLED QUEST – WE THE PEOPLE (LYRIC VIDEO)

With the release of A Tribe Called Quest’s final album, the legendary group drop a lyric video for “We The People.” 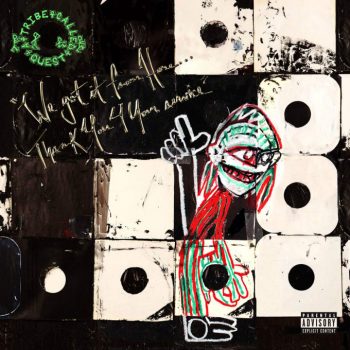 A Tribe Called Quest has unleashed the tracklisting for their final album We Got It From Here Thank You For Your Service. It appears the album will be split into two halves but we won’t know for sure until the album drops on November 11.

The artwork for A Tribe Called Quest’s final album We Got It From Here…Thank You For Your Service has been revealed in advance of their November 11th release date. 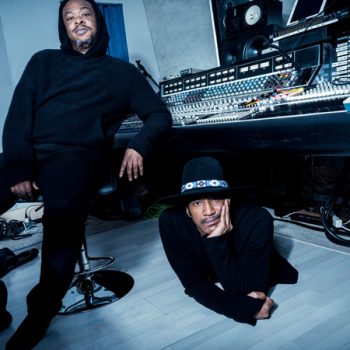 On November 11, A Tribe Called Quest will release their final album titled We Got It From Here, Thank You for Your Service that will feature the likes of Kendrick Lamar, Andre 3000, Consequence, Jack White, Elton John and Busta Rhymes.

Q-Tip talked to the New York Times about the last years of Phife Dawg, repairing their relationship and so much more, including the creation of the album, which took place with everyone showing up in person at Q-Tip’s New Jersey studio.

All of the recording sessions for “We Got It From Here, Thank You for Your Service” took place at Q-Tip’s studio, which Busta Rhymes called “phenomenal.” Soft design touches like bamboo floors and pink mood lights contribute to the warm aesthetic. But a vibe also flows from the history in the room. The main recording board has captured the music of Blondie, the Ramones and Art Blakey. There’s a tape reel that was used by Frank Zappa and equipment from the Rolling Stones and Jimi Hendrix.

Q-Tip had one major rule for the album: He insisted that everyone who was a part of it come work in the studio. “If you wrote your rhyme somewhere else, you still had to come back and lay your verse in Q-Tip’s house,” Busta Rhymes said. “So we pretty much did every song together. Everybody wrote his stuff in front of everybody. Everybody spat their rhymes in front of each other. We were throwing ideas around together.”

When Jack White came to the studio, things fell right into place. “We recorded so many tracks and ideas,” he said. “It’s one of those scenarios where we’re so excited to finally get to work together that it was exploding in a whole different direction. We really didn’t know what we were doing, it was just a ‘hurry up and press record’ kind of moment.” (Q-Tip and Jack White connected when he asked to do an old Tribe song called “Excursions” in his stage show. They learned they were mutual admirers of each other’s work.) Jack White came to the studio without his own gear. “He just took a guitar off the wall and plugged it in and just got his wizard on,” Q-Tip said.

“It was thrilling to the guys to watch stars like Jack White, Mr. Lamar and André 3000 come through and record. It was even more exciting to have their brother Phife around all the time. But now some of the group members think that all that traveling may have contributed to grinding him down, physically. “Doing this album killed him,” Jarobi White said simply. “And he was very happy to go out like that.”

Look for the album on November 11th. 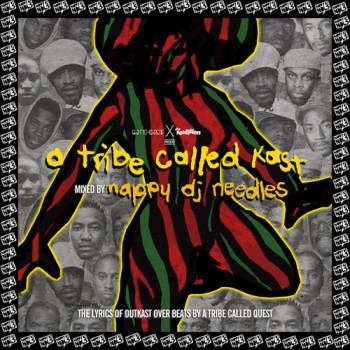 Andre 3000 recently revealed that there was talks of a possible collaboration album between OutKast and A Tribe Called Quest. Even though we’ll never get to see it officially, a guy by the name of Nappy DJ Needles put together this ultra creative and very dope mashup album that brings both groups together. Hearing the rhymes from “ATLiens” over “Lyrics To Go” and “Skew It On The Bar B” over the “Scenario” remix never sounded so damn good together.