New D.I.T.C and YearRound Records Artist, Fisher (Formally known as G.Fisher) Drops The First visual from his #IamNY series over the classic “A Million and One Questions” Instrumental produced by DJ PREMIER.

Shot on The last day in the World Famous D&D Studios, Fisher dedicates this freestyle and video to Hip Hop Hollowed Ground. 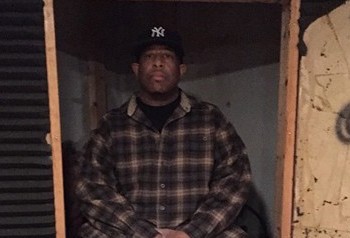 Sadly, the legendary space known as D&D Studios has come to an end. DJ Premier captured the entire process of tearing down the studio piece by piece on his Instagram.

Don’t fret though, Premier is moving into Kaufman Astoria Studios in Queens, NY to continue laying down his work behind the boards. Check it out below.

One of the last things left on the wall is a tag that Evidence of @dilatedpeoples put up when we finished the song “YOU”…Takin it wit me… January 7th is the Official Last Day…Gonna Do Some Shots….Where’s Lil Jon at? #DaveAndDoug #DocumentaryFilmComin

Showbiz packin up. He’s the one that brought me to D & D to lay scratches for Lord Finesse on a REMIX called “Return Of The Funky Man”. Eddie Sancho did the mix and I never left from that day. CIRCA1992… #DaveAndDoug #premierwuzhere The Closing Of D & D Studios

BIT BY BIT THE LEGACY COMES DOWN… 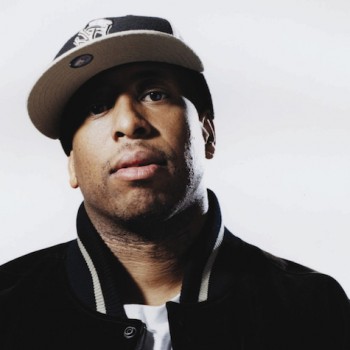 DJ PREMIER REFLECTS ON HIS LAST DAYS AT D&D STUDIOS

After nearly 25 years, the iconic D&D Studios on the fourth floor of 320 West 37th Street is shutting down. The New York Observer caught up with DJ Premier, who bought the studio in 2003 and renamed it HeadQCourterz after his late friend Kenneth “HeadQCourterz” Walker, to discuss the some of the finest moments in the studio’s quarter century history. Everything from who used to hang out in the studio, fistfights with Guru and what ever happened to the Preemo and Nas album to recording with Christina Aguilera is stuffed into this piece.

Here are some highlights from the interview…

What was it like inside the studio in the early and mid ’90s?

Back then, Black Moon and the rest of Boot Camp Clik had a big chapter in the A Room at D&D. That was a standard picture here. Jay Z too. He would book my room, the A Room and the D Room, which was a newly built studio space in the back that they later tore down. He would have them all blocked so that he could knock out three or four songs at a time. I remember when Jay and Biggie recorded “Brooklyn’s Finest” for Reasonable Doubt in here. I didn’t do that beat, but they needed a place to rock.

Who would you hang out with outside of the studio back then?

Guru and I had a house in Clinton Hill, Brooklyn, for a while and we used to have wild parties there when we weren’t in the studio. It was like a fraternity house. Every time you’d go in there was noise, music, girls, drinks and food everywhere. RZA and GZA from Wu-Tang used to come by, Easy Mo Bee used to come by, Special Ed used to come by. The list goes on. I remember Cypress Hill came by the house the day they were shooting the video for “How I Could Just Kill a Man,” cause they needed a place to lamp for a minute. They came over and we smoked our asses off until they left to go meet Ice Cube for the video. A lot of Friday nights, Guru and I would go kick it with Biggie, since he was just three blocks down from us.

Earlier this year, you told Hip-Hop Wired that while you were doing a track for the movie White Men Can’t Jump, you and Guru got into a fistfight here and then started recording right after. Was it serious?

He had a couple of bandages and bruises after that. I still have his teeth marks right there [points to his fist]. That’s where he bit me and they never went away. Now I’m proud to have those teeth marks. I’m not a tough guy, but I’ll throw down just like the rest of them if I have to.

You and Nas are working on a collaborative album that’s been rumored to come out for a while. When do you think it finally will?

Whenever he’s ready. We were supposed to do it years ago, but it didn’t happen. I know he has another album under his contract with Def Jam, so he has to knock that out. As soon as he calls me about that, I’m ready.

Check out the rest here.