My oh my! Isn’t this the interesting collaboration. Erick Sermon teams up with Method Man, Mr. Cheeks and Craig Mack for “Come Thru.” The song is off of his forthcoming 8th studio album GO. 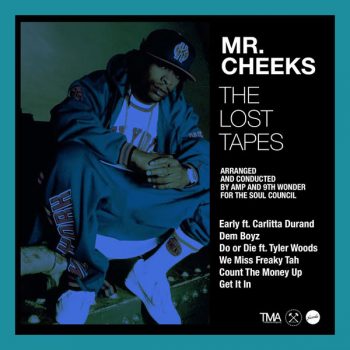 This is extremely random and completely out of nowhere. Back in 2010, 9th Wonder and the Lost Boyz lead emcee Mr. Cheeks joined forces for a project that never saw the light of day, until now. Before hitting play, let 9th Wonder explain where “The Lost Tapes” came from.

“I have a ton of music on my drive. Sitting. I hate sitting music.

“I first connected with Mr. Cheeks in 2008, who has always had a close relationship with North Carolina. After I opened BrightLady Studios in 2010, one of the first artists to bless the booth in Jamla’s new home was Mr. Cheeks. Seven years later, after speaking with Mr. Cheeks’ manager Janet Williams of The Matriarch Agency, who has always supported the Jamla family, we decided to let these fly.

“Arranged by AMP and 9th Wonder for The Illustrious Soul Council. Recorded in BrightLady Studios, Raleigh, NC. Shouts to NC, Southside Jamaica Queens, and beyond. Enjoy. As always……For The Culture.”