The Beatnuts’ Psycho Les is set to drop the “Dank God Vol. 1” mixtape on August 9 and sets the stage with the first joint featuring R.A. The Rugged man as the duo spits “Ba Ba Bars.” You’ll notice the sample and how the duo flips it for the hook. 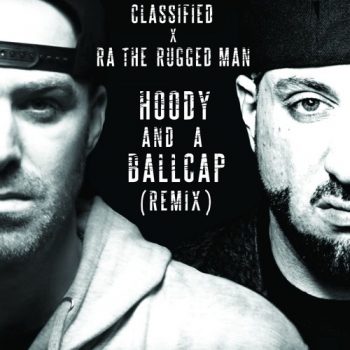 Classified and R.A. The Rugged Man join forces for the remix to “Hoody And A Ballcap” and represent for the underground hip hop fans.

“This is a song for the underground heads,” says Classified. “The ones with the hoody pulled up and the ballcap pulled down. If you’re into bars and beats, this one is for you.”

“Classified has been killing it for years, so when we finally connected I was ready,” adds the Rugged Man. “He hit me with this joint, and I went in the booth and really gave him something personal that I’m proud of. He mixed and arranged the music and I think the shit is great. I love this song.” 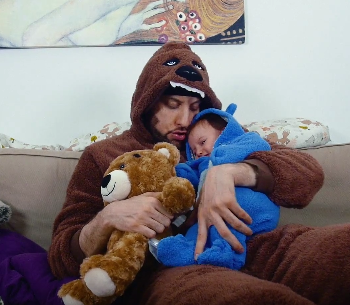 In his new video “Bang Boogie,” R.A. The Rugged Man goes up against his biggest test to date: fatherhood. 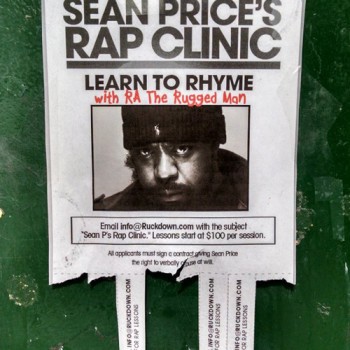 R.A. The Rugged Man was indirectly, directly responsible for why Sean Price was forced to start a rap clinic. R.A. leaped from a stage at a show Sean was attending; landing on him and damaging his vocal chords. Forced to stop rapping, Sean turned to a new source of income, as the owner and teacher of a rap clinic.

With Sean’s tragic death last year, students of the clinic were sad to lose their mentor. Several of the students had pre-paid credits for the class. To prevent refunds, R.A. The Rugged Man felt it was only right to step up and honor the legacy of Sean Price by assuming the new role of teacher for the clinic.

Although he claimed to take a more professional and patient approach to the teachings…things didn’t unfold that way during his lessons. The only bright spot of the day seemed to come from his star pupil, A.F.R.O. Watch the drama unfold in Rap Clinic Part 2! 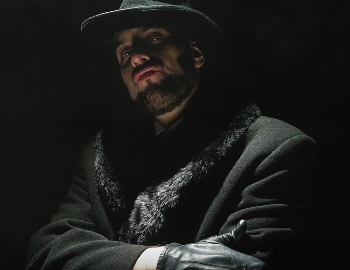 R.A. THE RUGGED MAN VS. MARCELLA PUPPINI – THE GREATEST [VIDEO]

R.A. plays up to his Gangster image in a war of words with Marcella of The Puppini Sisters fame. Shot at the Youtube Space Speakeasy, London. 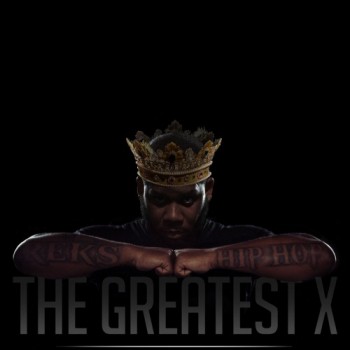 The severely underrated Reks and R.A. The Rugged Man offer a “Bitch Slap” to all of the emcees slacking on their bars. Off of Reks upcoming album The Greatest X. 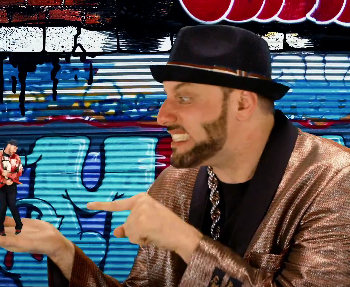 The Rugged Man joins up with worldwide beatboxing sensation Tom Thum for the latest visual off the album Legends Never Die, R.A. The Rugged Man has been supplying fans with a steady stream of visuals off the project. Now, he’s back with another, this time for the throwback opus “Tom Thum.” Featuring world-renowned beat boxer Tom Thum (whose TED talk has over 40 million views), the video was filmed in the streets of Berlin, Germany during a recent tour stop.

“For the video, I wanted to bring in graffiti, beatboxing, scratch vocals and just create a crazy weird animated hip-hop world,” says the Rugged Man. “Kind’a like Mary Poppins in the 80’s crack era.” While the track may sound like it was blessed by a turntablist, R.A. reveals that no DJ was involved. “There are no scratches in the song,” he explains. “That’s Tom Thum, he’s doing all the scratches with his mouth.”