PRHYME TO BE FEATURED ON SOUTHPAW SOUNDTRACK WITH NEW SONG

On July 24, the official soundtrack for the film Southpaw will be released on Shady Records. Executive produced by Eminem, you’ll be pleased to know that there is a lot of new music from the likes of Eminem, Action Bronson, Joey Bada$$ and more. But for you PRhyme fans out there, there’s a new joint titled “Mode” that features Logic. All we can say is, your ears better be ready for this one.

Check out the track listing for Southpaw, tweeted out by DJ Premier, below. 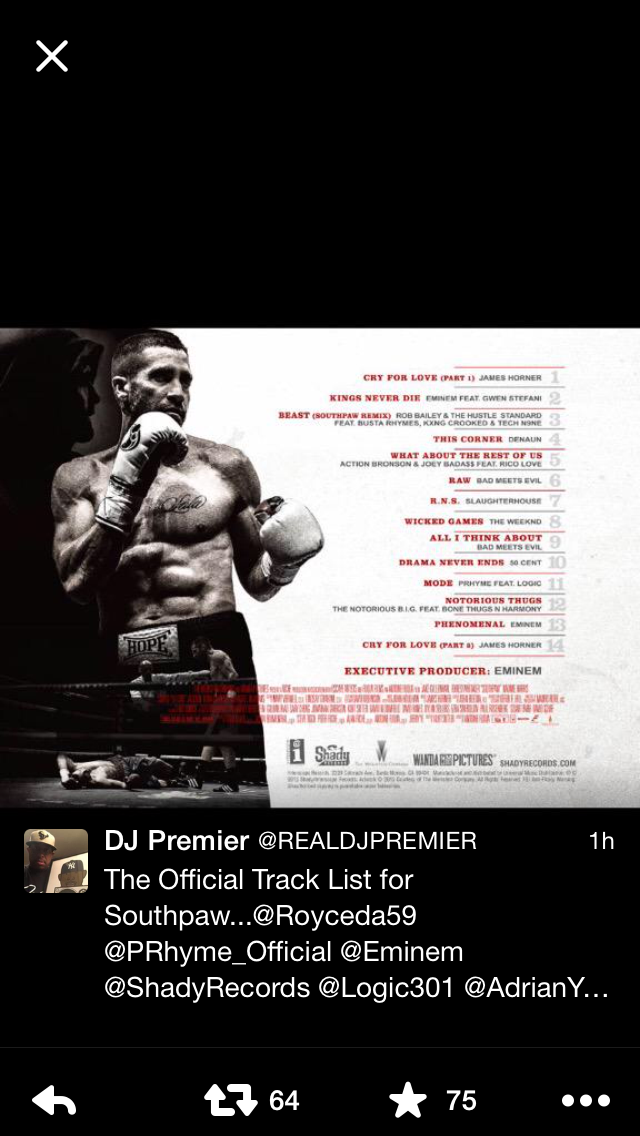