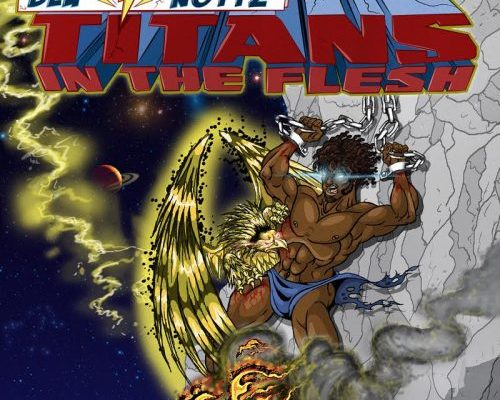 Blu and Nottz make good on their promise to produce dopeness as their Titans In The Flesh EP is released. Featuring the likes of Torae, Bishop Lamont, Skyzoo, Exile, DJ Revolution and Mickey Factz, it’s certainly worth your time to hit play.

“The EP is themed around Greek and Roman mythology, with our own personal twist,” Blu told Noisey. “Instead, Nottz and I play the Gods and Titans, along with all the lyrical beasts featured on the record. The title means ‘be strong,’ be more than you are, be a God or be a Titan, and run with it!”