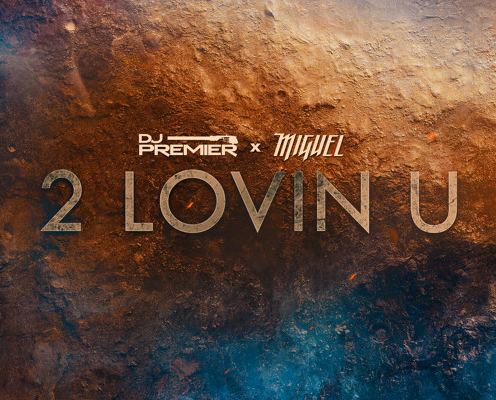 Not too long ago, Miguel posted an image of himself with DJ Premier when he was promoting his Wildheart album. Nothing materialized on that particular album but now we get to see the fruits of their labor in the form of “2 Lovin U.”

“The snippet you heard on Miguel’s Instagram, mine is the original” DJ Premier declared. “Miguel and I were vibing at a session and just really seeing what we could come up with. What we came up with was a dope, but rough version of what you hear today. Miguel and I had deadlines and we never got around to finishing it. We both really believed in this version of the track and we both felt very strongly that it needed to come out and be released as a single” Miguel and I approached the label about releasing it and everyone was on-board.”