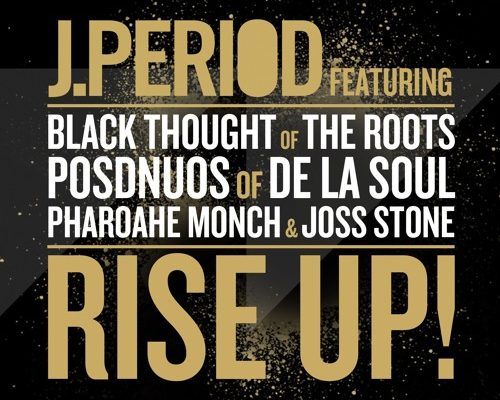 J. Period gathers Black Thought, Posdnuos, Pharoahe Monch and the voice of Joss Stone for the politically charged “Rise Up!”

“These are turbulent times in America, with protests and marches spilling out into the streets in record numbers, and activism on the rise,” J. Period told Rolling Stone, who premiered the single. “‘Rise Up’ was born out of that same energy,” continuing that the song “aims to remind us of the higher ideals we’re fighting for when we call for justice: unity, equality, diversity, empathy.”