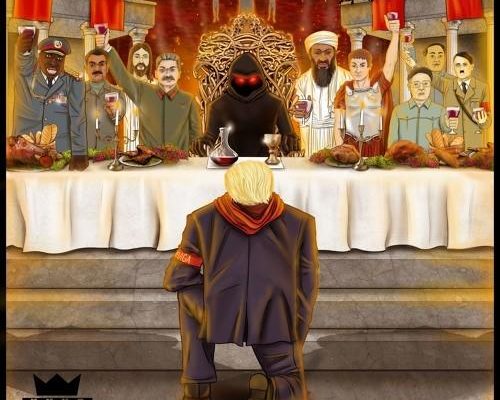 KXNG Crooked takes aim and fires at the 45th president with “The MAGA Continues” from his forthcoming Good vs. Evil 2 album.

“Donald Trump coined the now famous acronym MAGA,” Crooked said to Mass Appeal. “I personally believe the phrase ‘Make America Great Again’ is a dog whistle for racism and turning the clocks of progression backwards. The way the country is currently divided it seems to be working. I’m really just letting off steam on the joint, but some important points are definitely being touched on. One point I covered in the song is being widely overlooked; maybe because it’s a fairly new form of division in Hip Hop. I’ve done many shows with white rappers and seen some of their fans in the crowd wearing confederate flag and swastika symbols on their clothing. Shit blew my mind. Nobody talks about this element in Hip Hop that is growing and will cause division on another level. I chose to speak on it because Hip Hop is a tool for unification and we need to keep it that way. How long will we allow the MAGA to continue?”