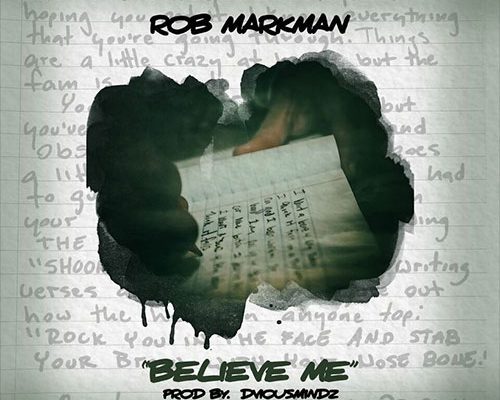 You may know Rob Markman from his work with Genius, MTV and his many well-written features on hip hop for a number of media outlets. But his first love has always been rhyming and the emcee formally known as BK Cyph recently dropped an album and now shares this song that serves as a letter to his 15-year-old self titled “Believe Me.” Believe him, dreams come true.