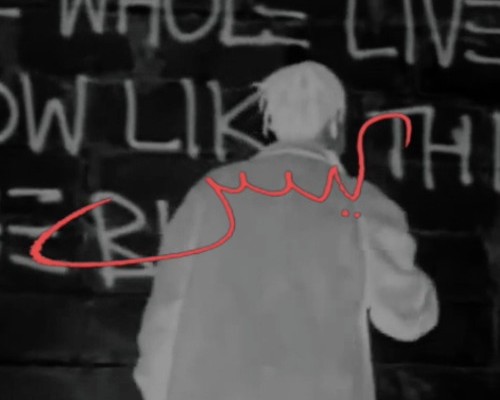 The artist formally known as Mos Def drops in to offer some bars on police brutality and social injustice while under the influence of Jean-Michel Basquiat.

No rap circuses. A Country Called Earth. Free the land. Love and respect to the Basquiat family and Mr. W.F. Flame. Let us be reminded of Sandra bland, Fegurson, Baltimore, and all the injustice of the world, as well as the beauty. Respect to the family of Sean Price and Brooklyn, from which I and Jean-Michel are from. Eternal love to my city. God bless the soul and keeping living, even when we die, we wont stay dead.Lyrics by Yasiin Bey, Music by Jean-Michel Basquiat’s band Gray, off of their album Shades Of, originally recorded between 1979-1981. Lyrics taken from Jean-Michel’s paintings, graffiti and notebook sketches. Make peace and be grateful. L T P F J – Yasiin Bey